Thelma Wilt October 12, 2022 Plastic In Oceans Comments Off on Here are this year’s recipients of the MacArthur ‘Genius Grant 2022’ 7 Views

A plastic waste management specialist, artist, musician, computer scientist, and poet-ornithologist who advocates for Black people in nature are among this year’s 25 winners of the prestigious John D. and Catherine T. MacArthur Foundation grants dubbed “Genius Grants that honor discipline-changing and society-changing people whose work provides inspiration and insight.

The Chicago-based foundation announced Wednesday that it has increased the unconditional award amount each honoree receives from $625,000 to $800,000 over five years. Fellows do not have to prove to the foundation what they are using the money for.

“I hope they will continue their courage and provocation to inspire us to new places of understanding and inspiration,” said Marlies Carruth, director of the MacArthur Fellows program.

Jenna Jambeck, a professor of environmental engineering at the University of Georgia, received the award for achievements such as calculating the amount of plastic produced since 1950 and noting that 8 million tons of plastic enter the oceans every year. She received a call from the foundation after picking up her children one day in September.

“I was just totally overwhelmed with emotion,” Jambeck said in an interview.

Jambeck, 48, has been conducting surveys on the Ganges and Mississippi rivers to get baseline data on plastic pollution and to document the systems that produce the plastic, treat it as trash and eventually dump it into water. The excitement and challenge of waste management caught her attention while she was in college in Gainesville, Florida, witnessing a lengthy debate over whether to expand a landfill or move waste to another county.

“I was just hooked because, you know, that’s something we create every day. We have to deal with it,” she said, “but everyone wants this material to be as far away from them as possible.”

The foundation selects grantees through a multi-stage process in which anonymous reviewers nominate and review potential candidates, usually over the years, with the intention of recognizing people who are exceptionally creative in their work. The grantees are not involved in their selection and receive a call out of the blue, Carruth said.

J. Drew Lanham, professor of forestry and environmental protection at Clemson University, said the fellowship gives him intellectual and creative freedom. Lanham, 57, is also a poet, ornithologist, black nature activist, author of memoirs — in other words, a label-defying person. 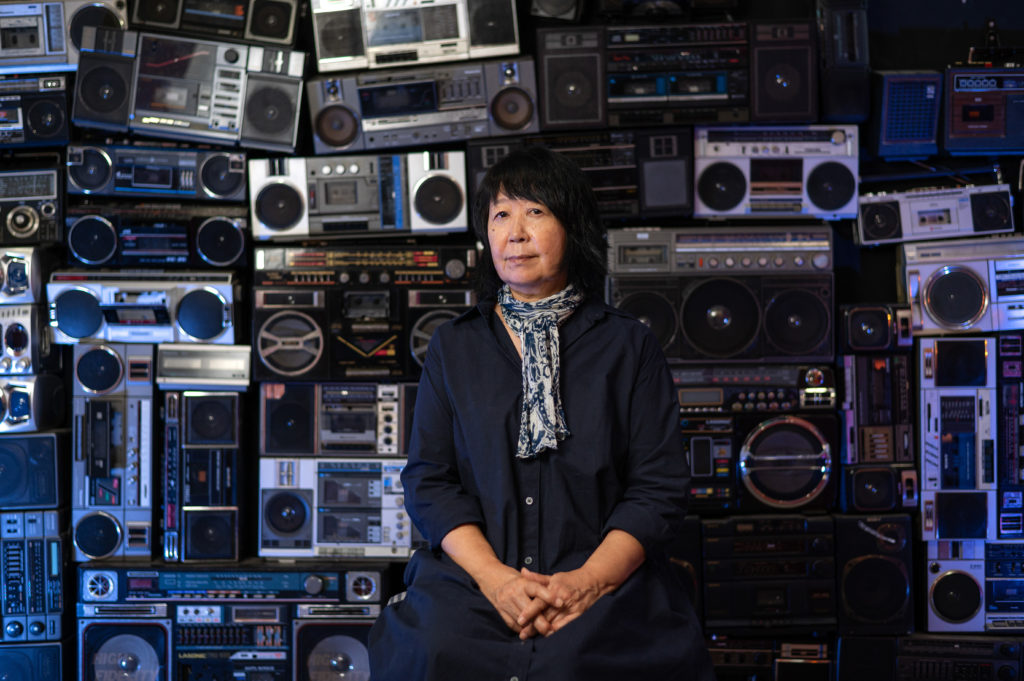 His writings include a 2013 essay “9 Rules for Black Birders” and a memoir that traces the beginning of his love affair with birds and nature to his childhood on his family’s farm in South Carolina, which she married after his death lost his father.

Carruth said this class of grantees is optimistic about repairing citizens and that the foundation recognizes their work in the wake of the isolation, fear and disorientation caused by the coronavirus pandemic.

Many of the grantees delve into topics we thought we knew, she said, and approached them with new insights and perspectives, like Emily Wang, a doctor who started a network of clinics that help people out of prison treat community health workers.

Another fellow, Reuben Jonathan Miller, has spent years conducting ethnographic research on people’s lives after incarceration. His research includes his personal experiences as a volunteer chaplain at the Cook County Jail and the incarceration of his father and brother.

The MacArthur Foundation reported a $9.4 billion endowment at the end of 2021 and said it had disbursed $273 million in grants and impact investing that year. The grant program accounted for $15.6 million of those grants for 2021, the foundation said.

Paul Chan49, New York, artist and publisher who works with different media and draws on diverse cultural references to invite the viewer to reflect on the world.

J Drew Lanham57, Clemson, South Carolina Ornithologist, naturalist and writer who champions Black people in nature and promotes connection with and exploration of the natural world.

Gravel Laymon48, Houston, Texas, writer whose fiction and nonfiction works question the internalization and repetition of violence by Black Americans.

Ruben Jonathan Miller46, Chicago, sociologist, criminologist, and social worker who studies the aftermath of incarceration, drawing on his personal experiences as a pastor and family member of inmates.

Tomeka Reid44, Chicago, jazz cellist and composer whose work draws on her community, forging unique combinations of instruments to reinterpret classical works and expand the expressive possibilities of cello improvisation.

Steven Ruggles67, Minneapolis, a historical demographer who created and maintains the largest database of vital statistics in the world.

Tavares Strachan42, New York and Nassau, Bahamas, is an interdisciplinary conceptual artist who has achieved logistical feats while unearthing the stories of artists and leaders who have been marginalized in the past.

Emily Wang, 47New Haven, Connecticut, a family doctor and researcher who created a network of clinics staffed by community health workers and doctors to treat people released from prison.

Amanda Williams48, Chicago, artist and architect whose work explores the intersection of race and the built environment, inviting the community to reinvent their space.

Associated Press coverage of philanthropy and nonprofits is supported by AP’s collaboration with The Conversation US, funded by Lilly Endowment Inc.